Like Earth, most of the planets we know have the same shape. But researchers now say the answer is no, whether all planets, including those outside the Solar System, are spherical. Some planets are also in the shape of potatoes, according to a new study.

Researchers have discovered a potato – shaped planet called Wasp-103b in the galaxy Hercules, about 1,500 light-years from Earth. Jupiter is one and a half times the size.

This planet is located very close to its star. Wasp 103 is larger and more massive than the Sun. It is said that this may be the reason for this different shape. What makes this planet very striking is its shape, which is very different from that of normal planets.

In a study published in the journal Astronomy and Astrophysics, scientists have discovered that the planet is only 20,000 miles away from its star, and that the shape is due to the influence of the star’s gravitational pull on the planet.

Scientists are set to conduct more studies on the planet Wasp. Comprehensive study of the internal structure and atmosphere of the planet

It usually takes the Earth a year to orbit the Sun and other planets in the Solar System. But the orbital period of Wasp-103b is just 22 hours.

Previous Post
One of the Veil Nebula captured by the Hubble telescope can travel.
Next Post
How much does it cost for a person to go into space? 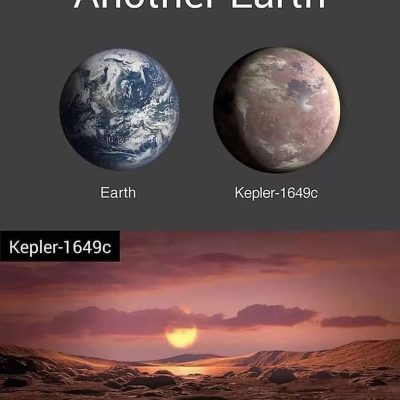 Kepler was a deep space telescope orbiting the Sun at a distance of 3 million kilometers from Earth. We were not sure if there were any planets outside the Solar System. Since then, and running out of fuel in 2018,...