Everyone has heard of the electromagnetic spectrum. It is a collection of all wavelengths and frequencies of light, from radio and microwave to ultraviolet and gamma. The light we see is called the “visible” part of the spectrum. The rest of the frequencies and waves are invisible to our eyes, but can be detected with special equipment.

Gamma rays are the most energetic part of the spectrum. They have the smallest wavelength and the highest frequency. These characteristics make them extremely dangerous, but astronomers are constantly researching the objects they emit into the universe. They are a by-product of the decay of radioactive elements, especially in nuclear explosions and nuclear reactors.

Gamma rays are not always a deadly threat: in medicine, these rays are used to treat cancer (among other things). However, there are universal sources of these killer photons, one that has long been a mystery to astronomers. They continued to do so until telescopes were built that could detect and study this high energy emission.

Cosmic sources of gamma rays
Today, we know more about this radiation and where it comes from in the universe. Astronomers detect these rays from highly energetic activity, such as supernova explosions, neutron stars, and black hole interactions. These are difficult to study because they contain high energy, and they are sometimes very bright in “visible” light, and our atmosphere protects us from most gamma rays. To see these functions properly, astronomers send special instruments into space so they can “see” gamma rays from above the Earth’s safe zone.

NASA’s Swift satellite and Fermi gamma-ray telescope are one of the tools currently used by astronomers to detect and study this radiation.

Gamma-ray bursts
For the past few decades, …..
Astronomers have detected powerful explosions of gamma rays from various places in the sky. By “length”, astronomers mean only a few seconds to a few minutes. However, their distances from millions to billions of light-years away indicate that these objects and events must be very bright to be seen throughout the universe.

The so-called “gamma-ray eruptions” are the most energetic and brightest events ever recorded. In a matter of seconds they can emit an incredible amount of energy – more than the sun can emit in its entire existence. Until very recently, astronomers could only guess what caused such large explosions. However, recent observations have helped them to identify the source of these events. For example, the Swift satellite discovered a gamma-ray eruption caused by the birth of a black hole 12 billion light-years away from Earth, which is much earlier than the history of the universe.

There are small eruptions lasting less than two seconds, which has been a mystery for years. Eventually astronomers call these events “kilonova,” which occurs when two neutron stars or a neutron star or black hole come together. At the moment of fusion, they cause small bursts of gamma-rays that can also emit gravitational waves.

History of Gamma-Ray Astronomy
Gamma-ray astronomy began during the Cold War. Gamma-ray explosions (GRBs) were first discovered in the 1967s by a group of working satellites. Over the next few decades, astronomers began searching for sources of these mysterious pinpoint explosions by searching for optical light signals and ultraviolet, X-ray, and other signals. Gamma Ray Observations In 1991, gamma rays at new heights began to search for cosmic sources.

In 1991, astronomers began the Compton Gamma Ray Observatory Burst and Transient Source Experiment (BATSE), which discovered a new gamma-ray burst every day. According to the Swinburne University of Technology in Australia, BATSE has found that gamma-ray bursts are distributed evenly across the sky, meaning they occur everywhere in the universe. BATSE showed that there are two types of gamma-ray bursts with different signatures: those lasting 2 to 30 seconds and those flashing less than 2 seconds.

Since then, researchers have learned more about gamma-ray eruptions, developing rapid response satellites and underground observation networks that will detect gamma-ray eruptions as soon as they are detected. This network shows gamma-ray eruptions in galaxies billions of light-years away, and after the initial gamma-ray flame, the source of the eruption produces an after-glow at low energetic wavelengths.

Its observations show that GRBs occur throughout the universe and not within our own Milky Way galaxy.

The need to quickly detect GRBs is an important factor in looking for the high energy events that cause them. For one thing, events disappear in a very short amount of time and it is difficult to trace the source. X-satellites can observe these (usually because of the associated X-ray flame). To quickly assist astronomers at a GRB source, the Gamma Ray Burst Coordinates Network immediately sends notifications to scientists and institutions studying these explosions. That way, they can plan follow-up observations using land-based and space-based optical, radio, and X-ray observatories.

NASA’s Hubble Space Telescope has given astronomers a look at the most powerful explosion ever seen in the universe – gamma rays a trillion times more powerful than visible light. This is because a gamma-ray burst (GRB) in a matter of seconds emits more energy than the Sun’s 10 billion years of life.

In January 2019, NASA discovered a very bright and long-lasting GRB using a suite of telescopes, including the Swift and Fermi telescopes and the main atmospheric gamma imaging Cherenkov (magic) telescopes in the Canary Islands. Subsequent observations were made using Hubble to study the environment around the GRB and to discover how this intense emissions are produced.

“Hubble’s observations suggest that this particular eruption took place in a very dense atmosphere, in the center of a bright galaxy 5 billion light-years away. This is extraordinary, and it is this concentric position that produces the most extraordinary light, ”explains Andrew Leven of the Institute of Mathematics, Astrophysics and Particle Physics at Radboud University in the Netherlands.
As astronomers learn more about these eruptions, they will better understand the very energetic actions that cause them. The universe is full of sources of GRBs, so what they are studying can lead to more studies of the high energy universe. 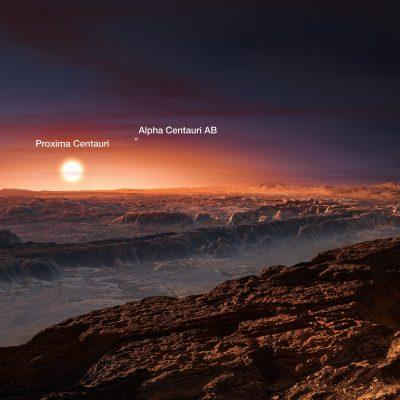 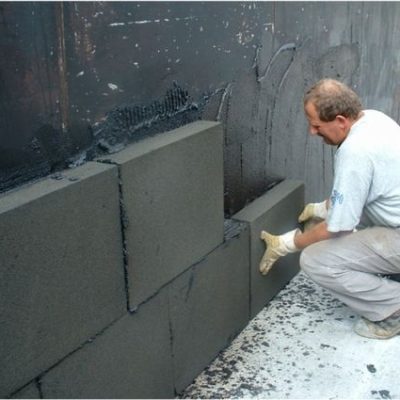 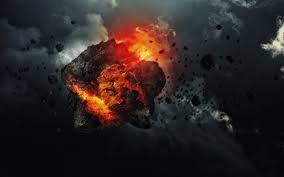