This is an excellent example of international cooperation in the field of scientific research. The station is maintained by five NASA-led space agencies. In addition to NASA in the United States, JAXA in Japan, Roscosmos in Russia, and CSA in Canada, the European Space Agency (ESA). The space exploration scene, which was once in the shadow of the Cold War, has thus become a model for unprecedented cooperation. Sky Laboratory of Rare – International Space Station, abbreviated as ISS. In what man has made to this day
This is the most expensive sky construction. It took 11 years and 42 missions to build.

Construction of the plant began in 1998. Like space travel and lunar exploration, the space station was once a fictional concept. In the 1940s, when man did not even reach orbit, a plant orbiting the earth appeared in the imagination of some. When the space age was born in the 1950s, the media celebrated the design of various space vehicles and space stations. It became a primary station in 1969 when two Soviet Soyuz vehicles were launched into space. During 1973-74, Skylab became America’s first space station.

The Soviet Union’s Mir space station became a celestial wonder during 86 – 2001. Mir remained active in orbit for three times longer than expected. In 137 missions, 104 people visited the Mir space station. In a way, Mir was a dress rehearsal for the International Space Station. The Mir project was discontinued in 2001 due to financial difficulties. The United States and NASA have been negotiating for a full space station since 1984. In 1988, the United States invited Canada, Japan, and the European Space Agency (ESA) to join the project. Five years later, Russia’s participation was also requested. The Soviet Union’s long experience and experience in manned space missions and the Mir space station helped in the construction of the International Space Station. The construction was completed by assembling each of its parts in space, just like building a ship in the middle of the sea.

The first module of the International Space Station is the cargo block ‘Saria’. On November 20, 1998, the Soviet Union’s Proton Rocket launched Saria from the Bikaner Cosmodrome into orbit at an altitude of 400 km. Saria had all the basic facilities required for a satellite, including electrical power, storage, propulsion, navigation and guidance. The “Zaria” Mir space station, the successor to the spacecraft designed for the Russian Salute program, was originally intended as a module. With the completion of the Mir project, its design was used for the International Space Station. Two weeks later, on December 4, the Unity Node space shuttle, the second module of the space station, was launched from the Kennedy Space Center in Florida on the STS – 88 mission. Unity, built by Boeing Corporation, became the first American component of the ISS.

The robotic arm of the shuttle captured the ‘Saria’, which had already reached orbit, and aligned it with the ‘Unity’. That integration was the first step in the assembly of the ISS. When the two modules were combined, they became the approximate form of the plant. (This is where the first three astronauts to ISS landed for a long stay.)

February 7, 2001 A US laboratory module, Destiny, is added to the station. In 2008, the European Space Agency added the Columbus laboratory. A month later, Japan’s Kibo laboratory became part of the plant.

The first research team to the ISS set out on October 31, 2000. The Vastok rocket that launched Yuri Gagarin into orbit from the Bikaner Cosmodrome in Kazakhstan
The mission is called Expedition-1.
They jumped out of the launch pad and arrived at the station on November 2, two days later.

The commander was Bill Shepherd, an American traveler. Russian travelers Yuri Kitsingo and Sergei Kriklev were among the passengers. With this
Another new era in space exploration was born.
After staying there for 136 days, the three boarded the US space shuttle and returned to Earth. Then many groups came here. The ISS has never been unmanned since.

The plant will have no atmospheric air or atmospheric pressure available on Earth. So there is artificially adjusted pressure. There is also air to breathe. So no special costume is required to stay inside the frozen space station. But the gravity of the earth is not there. Orbiting the earth in orbit means ‘falling’ to the earth at the same time. Thus the falling plant does not feel gravity. So living there is not easy. Special training is required to live in a non-gravity habitat.
The station conducts more than 3,000 scientific researches in the fields of biology, physics, medicine, communications and space science.

None of the partners on the International Space Station have full rights to it. It’s just that every agency’s part is theirs. For example, in the Russian orbiter part, everything except Russia belongs to Russia. It includes their place of work, their place of residence, and the place where they can connect vehicles coming from the ground. The U.S. owns 97.7 percent of Destiny’s in the U.S. Orbiter. The U.S. owns 46.7 percent of Columbus and Kibo. 51% is claimed by the respective countries. Experiments with other countries are possible, but only in the name of internationalism!

The ISS was scheduled to run until 2015, but plans are in place until 2024. Partners discuss possible expansion until 2028. Subsequent plans have not been clearly formulated. 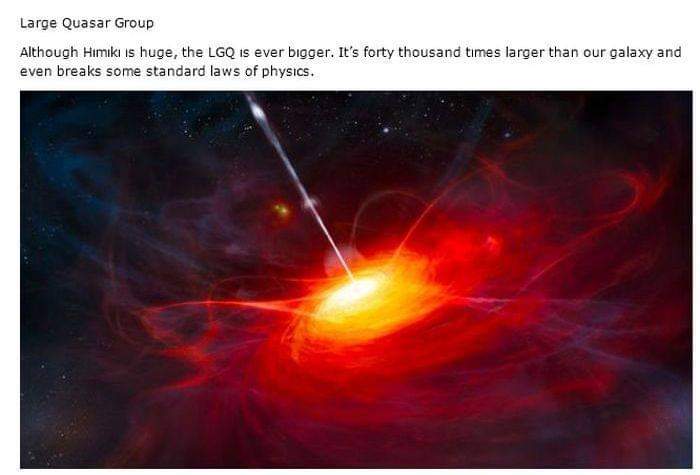 At 4 billion light-years in length, the Large Quasar Group (LQG) is the largest known structure in the universe and is some 1600 times larger than the distance from the Milky Way to Andromeda. 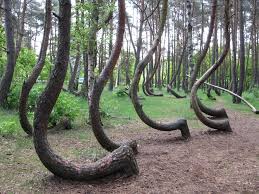 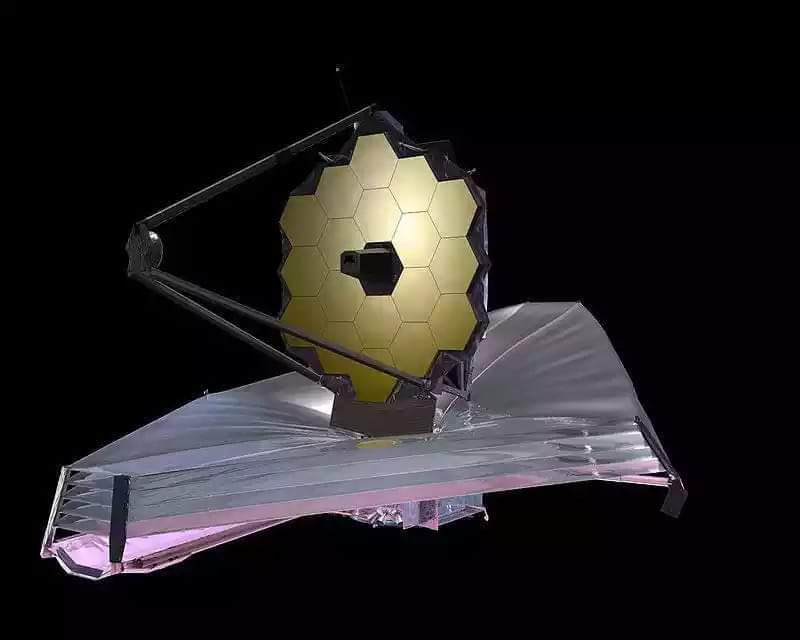 JAMES WEB SPACE TELESCOPE The desire to know what is going on in the sky dates back to the time of man. So they realized the need for telescopes long ago. Its first structure was designed in 1608 by Hans...